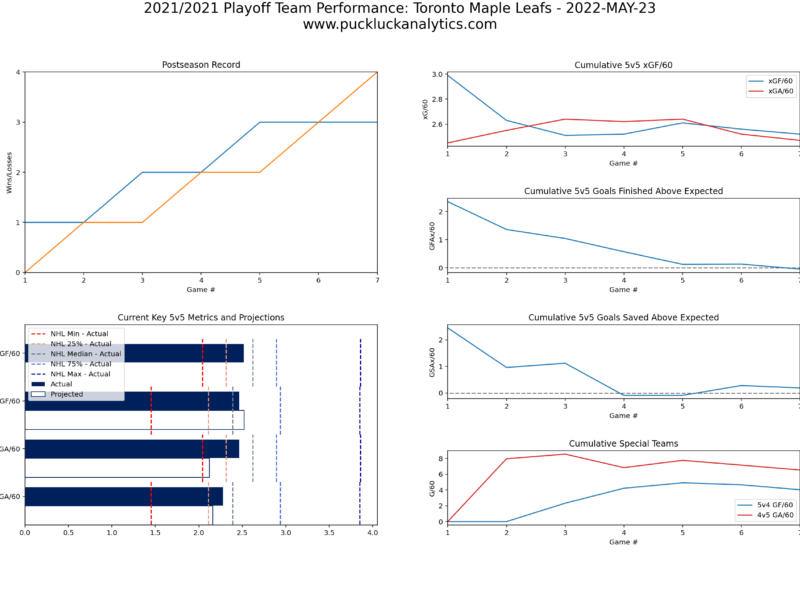 In this post, we’ll take a look at the playoff performance of the teams ousted in the first round of the 21/22 playoffs. The postseason gives us incredibly small sample sizes, where puck luck and ho and cold streaks can really have an impact. We’ll walk through the performance of the ousted teams to see where things went wrong. 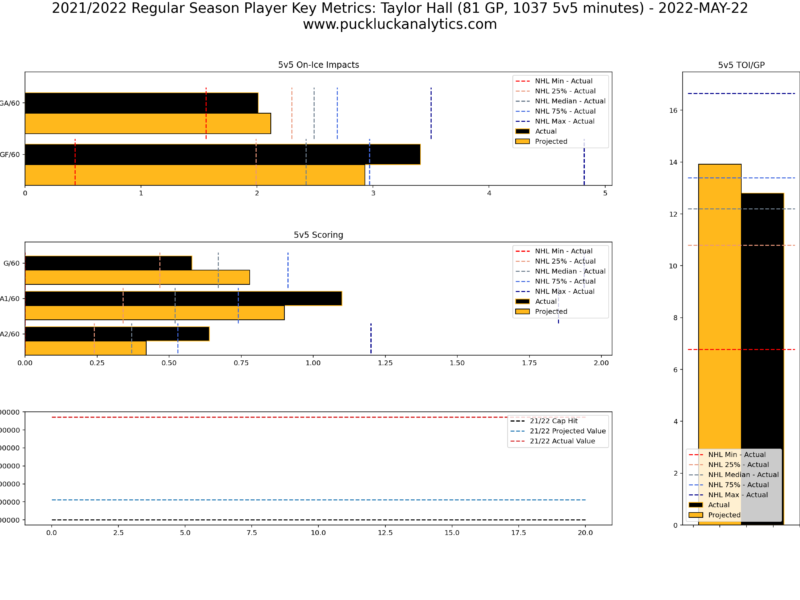 In the FA signing series, we take an in depth look at a deal signed by a restricted or unrestricted free agent along with their performance since the deal and future projections. Today’s subject: Taylor Hall and the Boston Bruins. 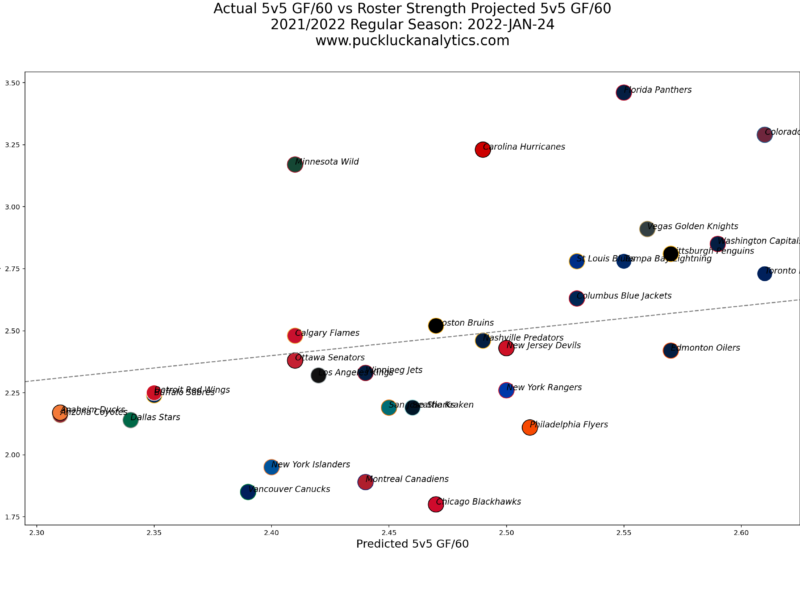 We’re now well into the 21/22 NHL season and longer term trends are starting to show in each team’s performance. With model projections giving us a reference point for how strong each team’s even strength offense was expected to be, let’s take a look at which teams have fallen in line with the projections and which have surprised. 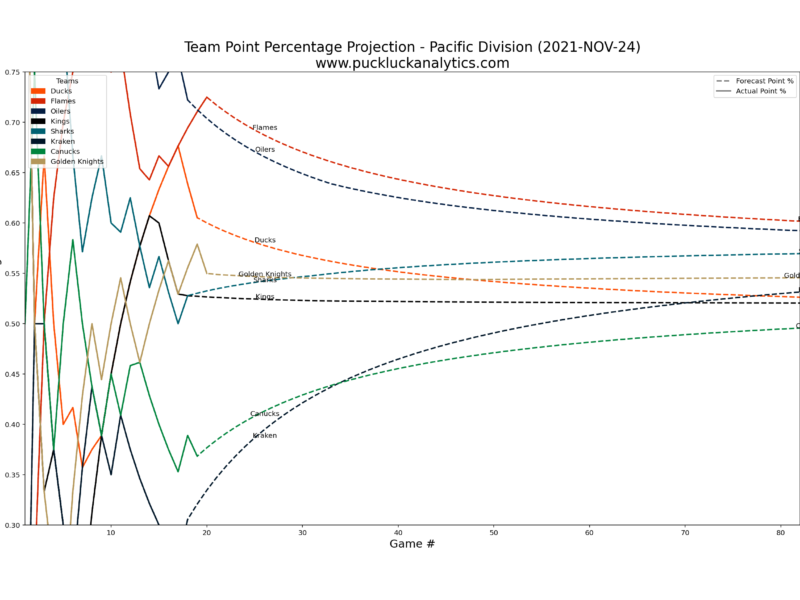 andings are starting to take shape as we approach the quarter mark of the season. Historically, most teams that sit in playoff positions at American Thanksgiving are still there at the end of the season. Yet there are most often a few surprises mixed in. This week, we’ll look for one team in each division that appears most likely to break into the playoff picture over the rest of the season, along with one team that looks most likely to fall out. 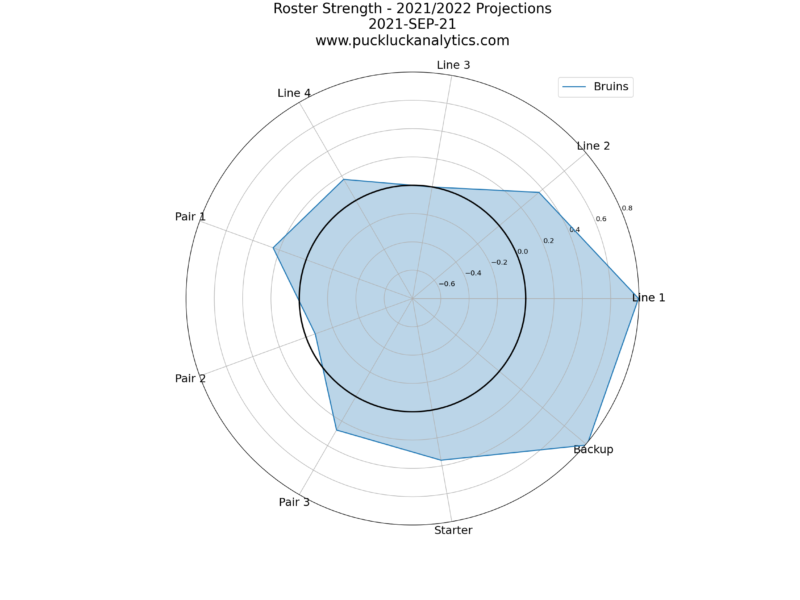 ackground on these models here, along with more on assessing value of contracts here. We’ll preview the Boston Bruins in this post. 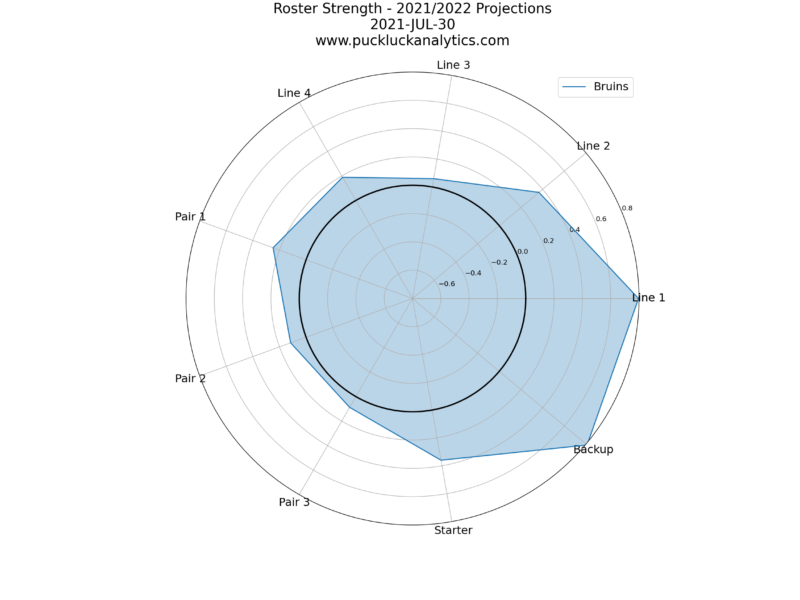 ith the free agent frenzy in the rear view mirror, I’m looking through each team’s moves  and analyzing their roster as it sits now.  This post will focus on the Eastern Conference teams. 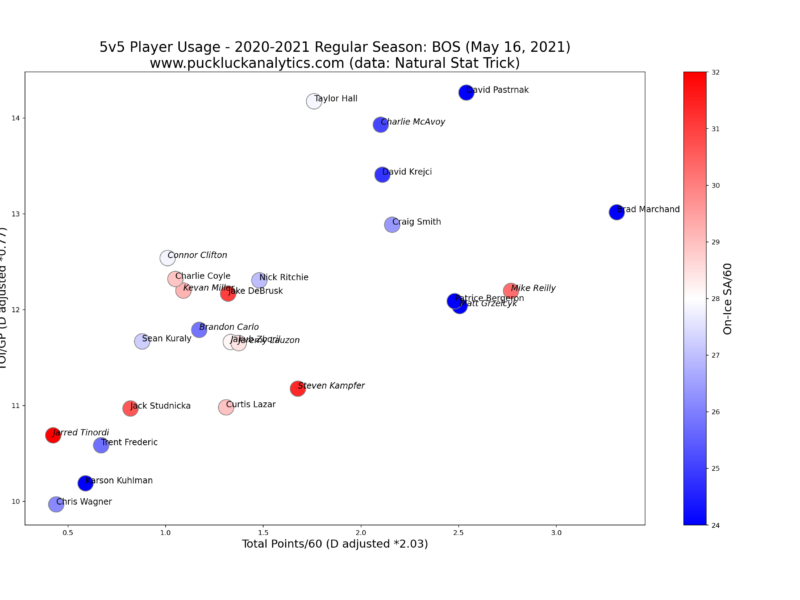 How much time does this Bruins core have left? With key players like Bergeron, Marchand and Rask now well into their 30s, how long do they have before age takes a bite out of this team? 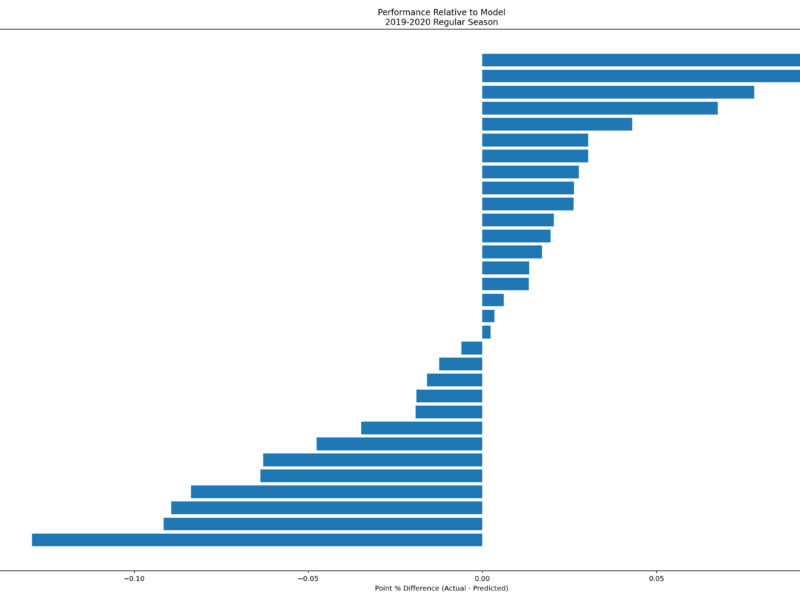 Can we use data to find some teams that have overperformed and may end up fighting for their playoff lives down the stretch? What about underperforming teams that may find their groove just in time for the playoffs? 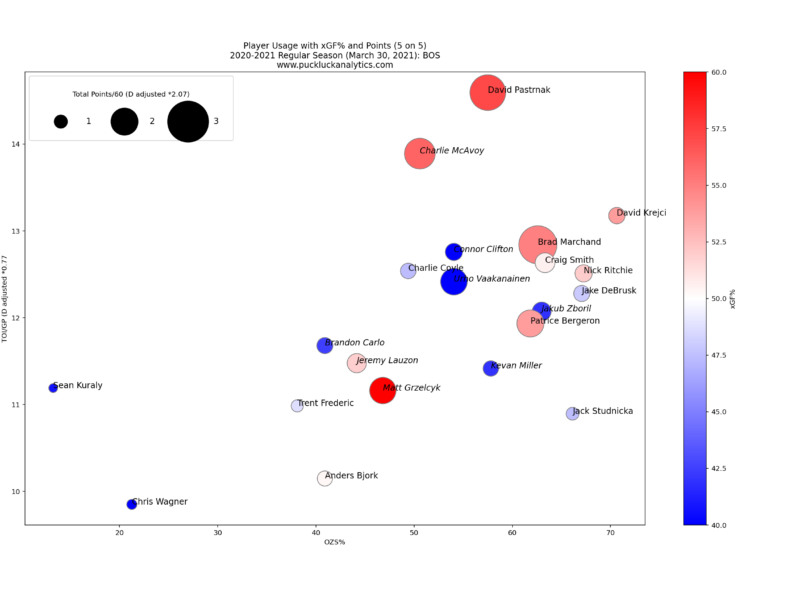 The East Division is the final stop in my trade deadline previews. There are a number of teams in the east that may look to buy for a playoff run, a couple that are hanging in the playoff race, and a couple of likely sellers. 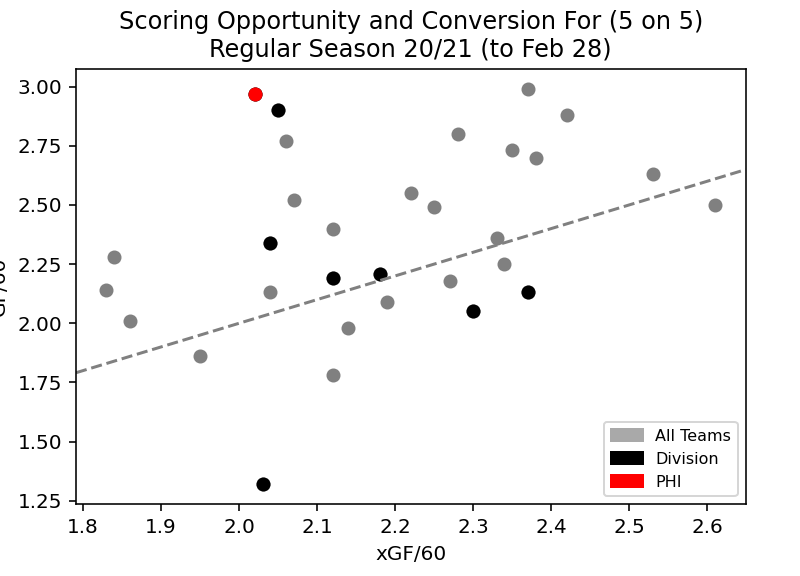 Largely billed as the toughest division in the divisional realignment, there are some heavyweights and some promising up and coming teams in the East.